Even though people were broke in the 1930s they still didn’t dress like it.

The women wore dresses and kept their hair close to their head. Fur was in and so were floral patterns. Makeup was chic and shoulder pads were very important until the late 1930s.

Although hats were still popular for women, they were gradually becoming less popular.

One way to tell if something is from the Thirties is if it has initials engraved or stitched. This was a common free service that stores offered.

Share your love for 1930s Fashion: What Did People Wear?

Read more about the fashion trends of the 1930s with our year-by-year timeline below. With the Clara Bow flapper look becoming passe, the new rage is the sophisticated Garbo look. The silhouette is tall and slender, emphasizing broad shoulders, a small bosom, streamlined hips and a standard waistline.

Both hair and hems are longer in 1930. The more narrow skirts widen softly below the hip and then stop at mid-calf.

Fashion in 1930 was highly influenced by stars of the silver screen.

Thick, clinging fabrics are enormously popular. The gradual broadening of the shoulders lead to three-inch shoulder pads; found even in night gowns.

Makeup emphasizes angularity. In 1930, most every woman owns a close-up mirror to pencil in well-plucked eyebrows and to apply black mascara and eye shadow. The curling iron was another fashion necessity. In 1931, new fashion accessories include suede gloves with matching bag and shoes, a red or gray fox fur (flung over one shoulder), batik scarves, large rings and watches set with gems.

Women love their hats. In 1931, they are deep and close-fitting with both large and small brims, and women liked them to cover one eye. Women wear their hair a little longer and loosely waved with a side part. Fashionable shoes include the black silk style with ankle strap and the white suede style with a T-strap.

For men, hair was worn short and natural, parted on the side. Men left their pomade in the cabinet, going for the natural look a la Charles Farrell or Buddy Rogers. The older gentlemen still sported a mustache while carrying his cigarette case, wallet, signet ring, cuff links and two handkerchiefs; one in the pocket and one, for actual use, in the coat sleeve. The hearty man appears with a double-breasted, dark-colored suit and the hat brought down over the top of his face. With the growing vogue in slinky silks popularized via Hollywood, undergarments change dramatically in 1932. Though still embroidered and generally in one piece, there is a notable absence of seams, since they show through tight fitting clothing.

Women turn to corsets in stunning fashion and a new interest emerges in the “uplift,” provided by darts and hidden circular stitching. Artificial silks and zippers make clothing less expensive, which is very important in an American society that had a 24% unemployment rate.

A blue and white plaid rayon dress with sashed belt and bow collar, with flowers, ribbons and quills in the hair is the style of the summer. Fashionable hats range from the pillbox, toque, trimmed turban and Basque beret (worn on the side like Marlene Dietrich). Chanel’s cotton evening dress was a big hit in 1932.

For the first time, ties made of wool, not silk, are the fab choice for the stylish businessman. In 1933, the V-shape (wide shoulders to slim waist with flared skirt) placed an even stronger emphasis on the corset. There was a two-way stretch and the new, all-in-one, full-length corset with Lastex bra and six suspenders to hold up stockings.

Bolero jackets and puff sleeves are in style, as are short, fitted sweaters. In the evening, necklines are high in the front, and very low in the back. Large brimmed hats reinforce the long silhouette. In 1934, hair is pushed back across the head at a sharp angle and hats, worn on one side of the head, look almost like vinyl records. Many women curl their hair like Jean Harlow, wear red lipstick, rouge and nail polish. Most women also penciled in the eyebrows. A new passion for sports ushered in a new era of smaller, tighter sportswear.

On the beach, shapely women wore what was called “corset bathing suits” that were slashed and backless and molded very closely to the woman’s body.

Finally, high-fashion designs were making their way to the average woman in the form of ready-to-wear clothes. The style that was seen in the magazines was being seen in middle class neighborhoods. The tailored look, Chanel’s collection and the new surrealism design all experienced great success.

Chanel embraced “understated elegance” by keeping the easy skirt and pairing it with a jersey jacket. Schiaparelli pursued “hard edge chic” and fantasy, with prints designed by Dali and Cocteau, accompanied by wild button shaped like fish, horses or stars.

Padded shoulders were even more pronounced in 1934. The “little black dress” is the new evening style, but some women loved to express themselves in loud-colored long dinner suits. A not-so-subtle military look pervades women’s fashion in 1935. This look is accomplished with square shoulders, low heels, plumed hats and gauntlet gloves. Even Shiaparelli designed suits with a tidy look in his drummer-boy jackets.

Evening wear was much different. Women enjoyed an international flair, with Greek and Indian-inspired dresses with heavy jewelry and breathtaking prints.

Hair was brushed to the top of the head in a mass of curls and makeup emphasized bone structure in a bold way. Bra cup sizes (A-D) were introduced in 1935.

Mainbocher’s two-piece navy wool dress with lace cuffs and collar was a particularly awesome outfit from 1935. In 1936, women loved wearing a plum or dark green wool tailored dress with long, tight sleeves and slightly bloused bodice. The dress gently flared at mid-calf, has side pleats and is worn with a wide leather belt.

For the evening, the black silk crepe with white silk over-jacket was a fashionable choice. Another slick outfit was the shiny, brown satin and matching jacket and feather-trimmed sleeves. Formal wear ranged from short dresses in bright colors to gold frocks with pressed pleats and short jackets.

Ferragamo designed the first evening wedge shoe in gold kid and red satin, but ankle boots of embroidered velvet are also worn. The bra is “enhanced” with the high and pointed look.

Shiaparelli’s square bag and collarless coat was at the top of the couture world along with Molyneaux’s crescent brown calf pouch bag. For men, there were a few developments. In the spring and summer, men wore a single-breasted suit with patch pockets and panama hat. In the fall, he wore a double-breasted dark blue suit with wide-cuffed, double-pleated, high-waisted trousers.

He also might have worn a vertical stripe suit, in tow tones with windowpane checks in cotton, wool, nylon and silk. A special elegance marked fashion in 1938. The popular look was the pencil-thin silhouette with black outfit, skunk jacket, hair piled on top of the head, extravagant hat and enormous artificial jewelry.

Hair is worn in a pageboy with side combs and bobby pins, it is pushed off the ears or it is tied back in George Washington bows. Styles of the 1890s and 1900s are revived for day and evening.

Cyclamen is a popular color in 1938, but lipsticks and rouge have a bluish tint. For women, suits became more feminine in 1939. Whether they were pleated, straight or flared, they came with tightly fitted jackets and blouses. British Prime Minister Chamberlain’s famous umbrella and hat became a motif in accessories and prints.

Snoods were quite popular in 1939. Hair styles in general were more Edwardian (worn up front) with the back hanging in curls. The first permanent waves appear in 1939.

Some winter dresses dresses have fitted bodices for Mainbocher’s new corset, which, laced up the back, creates waves across the fashion industry.

From Europe, come “black out” fashions which include tailored suits, white hats, flashlights and boxes for gas masks. Pinguet re-inspires the square shoulder, which stayed in some level of popularity for almost another decade. 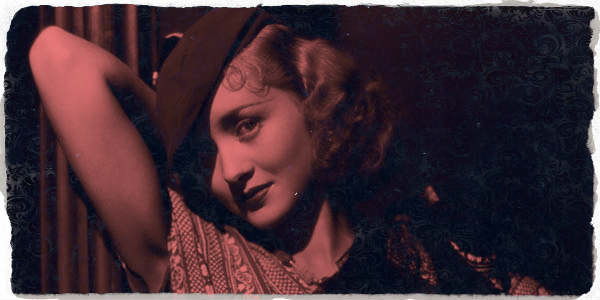 Looking for some ideas to get that 1930s look? Doing some research for a movie? Exactly what were women and girls wearing in the 1930s? 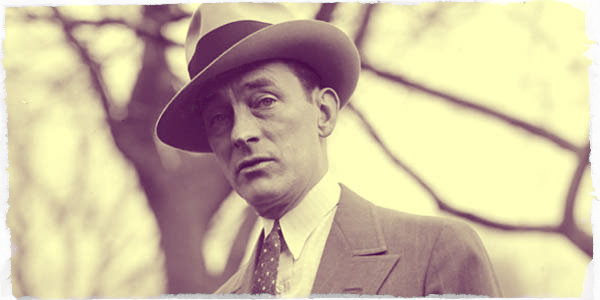 Looking for some ideas to get that 1930s look? Doing some research for a movie? Exactly what were men and boys wearing in the 1930s? 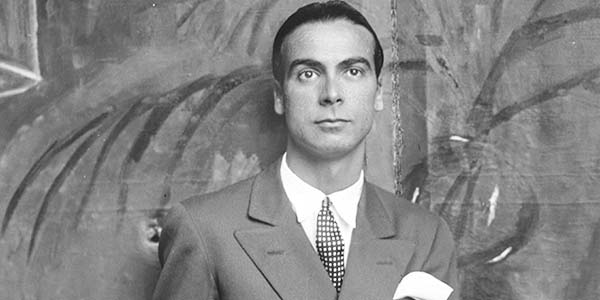 Cristobal Balenciaga is one of the great pioneers of modern fashion. As a top-rated fashion designer, Balenciaga made clothes that fit better than ever.

Share your love for 1930s Fashion: What Did People Wear?