I won’t claim to be an expert historian on baseball, but this is my first post on RetroWaste about old time baseball and I couldn’t be more excited about the addition of this category.

Advertisement
I have been reading and collecting baseball since I was 5 years old. I pitched varsity baseball throughout high school and my son is pretty much the best pitcher in his 12 year old league right now.

So much has been said, but bottom line, it was NOT the 20s and it wasn’t the 40s. The glamour teams and big name stars were gone and replaced with guys who were best known for being Jewish.

Advertisement
Babe Ruth and Lou Gehrig both fizzled out at the end of the decade and the Depression crushed attendance.

As a collector, the 1930s produced one of the best baseball card sets of all time: the 1933 Goudey baseball card set. I love the way those cards look and feel. They’re honestly as close to perfection as I could hope for in a baseball card.

My beloved Cincinnati Reds put lights into their stadium and night time baseball caught on like wildfire.

The Yankees dominated the second half of the decade — winning four Championships in a row.

While the mid-30s were owned by guys like Ott, Foxx and Dean, the late 1930s introduced three guys who would shape the next decade: Williams, Feller and DiMaggio (of, course I’m talking about Dom, haha)

Another one of my favorite parts of baseball, the Hall of Fame, was built in 1939. The first inductees?

Browse 1930s Baseball by year below 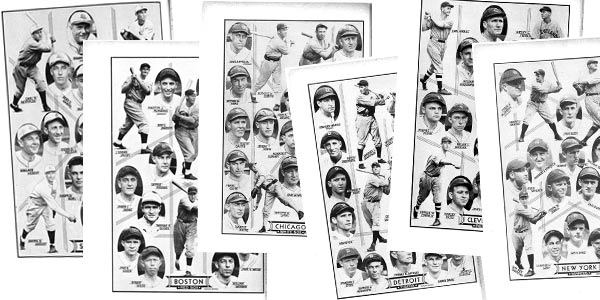 If you're looking for team photos of every Major League Baseball team from the 1934 season, look no further! 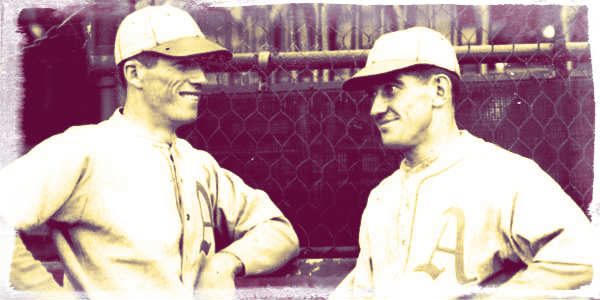 In 1930, the Philadelphia Athletics won 102 games to win the World Series over the St. Louis Cardinals. Lou Gehrig & Chuck Klein had monster seasons. 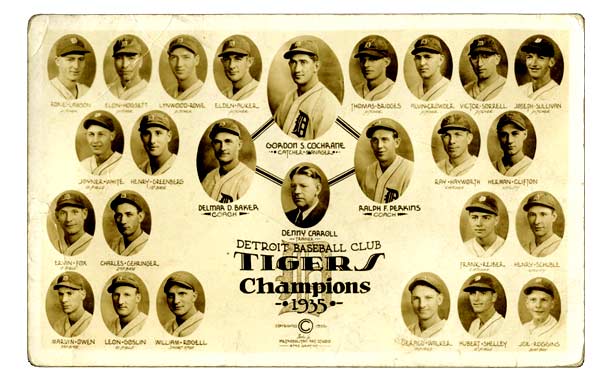 The best player in baseball in 1935 was Hank Greenberg. He led the Detroit Tigers to a championship over the surprising, but consistent, Chicago Cubs. 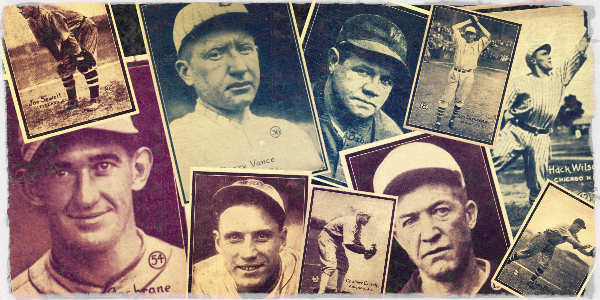 Check out what every 1931 W517 baseball card looks like right here. This page has the complete checklist and picture of every card from the 1931 W517 set.