Much like the rest of American society, the early sixties in baseball was just like the late 50s. The Yankees were winning, Mickey Mantle was playing well (albeit through injury), and the world was turning as it should.

That was until 1965 when the wheels completely fell off the Yankee bus and the rest of Major League Baseball took over.

The Dodgers had a great young pitcher named Sandy Koufax who looked like he could be the best pitcher ever. Because of Koufax, the strike zone had to be adjusted. Then Bob Gibson came along and forced league rulemakers to lower the mound.

For me, the sixties are a breath of fresh air for those who like to watch teams other than the Yankees compete for American League pennants.

The list of great players in the sixties is staggeringly long. I could probably name 15 different players from the 60s that you’ve heard of. 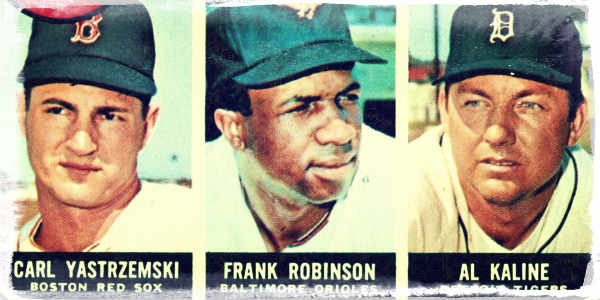